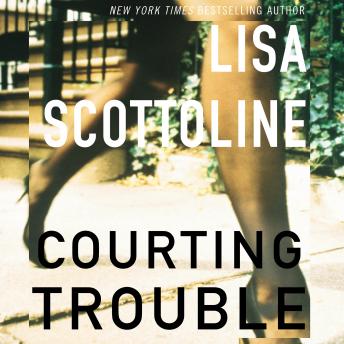 How many people get to solve their own murder?

Anne Murphy is smart, gorgeous, and young, the red-headed rookie at the Philadelphia law firm of Rosato & Associates. She leaves town for the Fourth of July weekend to prepare for a high-profile trial, but when she buys her morning newspaper, her own photo is plastered all over the front page. And the headline -- LAWYER MURDERED -- supposedly refers to her. Anne sets out to find her killer, playing dead in order to stay alive.

She tries to go it alone but quickly realizes that she'll have to trust people she barely knows -- colleagues who hate her guts, a homicide squad who wants her out of the crime-fighting business, and a new love who inconveniently happens to be opposing counsel. The investigation takes all of Anne's boldness and ingenuity -- plus a pair of red satin hot pants. But her knack for courting trouble makes it almost impossible for Anne to play well with others, defend the lawsuit, and fight her urge to sleep with the enemy. Then an unexpected event places her in lethal jeopardy and leaves her with everything to lose -- including her life.

This title is due for release on August 30, 2004
We'll send you an email as soon as it is available!