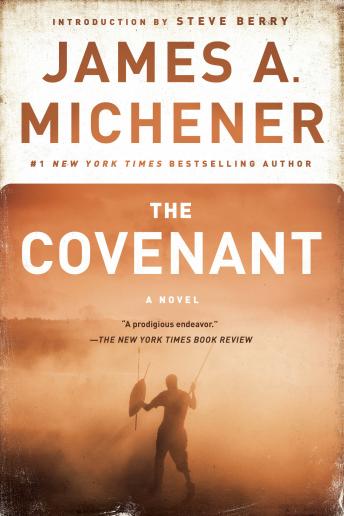 The Covenant: A Novel

James A. Michener’s masterly chronicle of South Africa is an epic tale of adventurers, scoundrels, and ministers, the best and worst of two continents who carve an empire out of a vast wilderness. From the Java-born Van Doorn family tree springs two great branches: one nurtures lush vineyards, the other settles the interior to become the first Trekboers and Afrikaners. The Nxumalos, inhabitants of a peaceful village unchanged for centuries, unite warrior tribes into the powerful Zulu nation. And the wealthy Saltwoods are missionaries and settlers who join the masses to influence the wars and politics that ravage a nation. Rivalries and passions spill across the land of The Covenant, a story of courage and heroism, love and loyalty, and cruelty and betrayal, as generations fight to forge a new world.

Praise for The Covenant

“A prodigious endeavor . . . Nowhere else could an American reader unfamiliar with South Africa get so full an understanding of its problems in so engaging a form.”—The New York Times Book Review