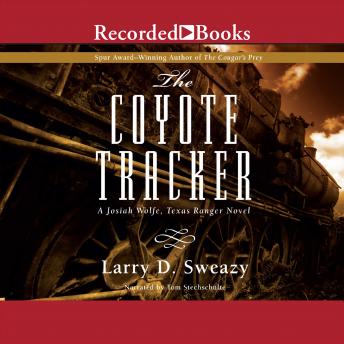 Winner of the Spur Award for Best Mass Market Paperback After a prostitute is murdered at the Easy Nickel saloon, Texas Ranger Josiah Wolfe finds his best friend, Scrap Elliot, in jail and wrongly accused. A strangely familiar horse and a mysterious code are the only clues Josiah has to prove his friend's innocence and save him from execution. Once a Yankee reporter gets involved, Josiah is led to Blanche Dumont's House of Pleasures, where he learns of a thieving, jail-broken accountant with strange ties to both the Easy Nickel and the town's wealthiest banker. With a new railroad line blazing into town, everyone--especially the arrogant young sheriff--is determined to clean up Austin. Faced with the ticking clock of Scrap's impending trial, Josiah Wolfe must find out who it was that went one step too far.

This title is due for release on February 7, 2014
We'll send you an email as soon as it is available!