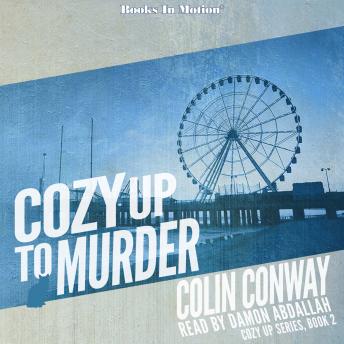 Cozy Up To Murder: Cozy Up Series, Book 2

A man hiding from his past. A detective hunting for a murderer. This is no time to bake a pie. Today is Owen Hunter's first day in the coastal city of Costa Buena, California. He's the new owner of Rockafellers, a vintage record store struggling to find customers. Much of that is due to Headbangers, a competitor with a better product mix and an aggressive owner. There is also a local do-gooder group who wants Owen to fall in line with their vision for a kinder, gentler Costa Buena. None of that worries Owen, though, because he is determined to be the number one used-music store on the boardwalk-even if that means stepping on a few toes. But when a murder occurs shortly after his arrival, he's identified as prime suspect number one. Owen Hunter must clear his name fast because he can't afford to have a bunch of nosy cops poking around. For Owen is a man with a secret that he must protect at all costs. The U.S. government has invested a lot to keep him safe, but his enemies will stop at nothing to find him. Do prosperity and happiness await Owen in this coastal community?

Cozy Up To Murder: Cozy Up Series, Book 2