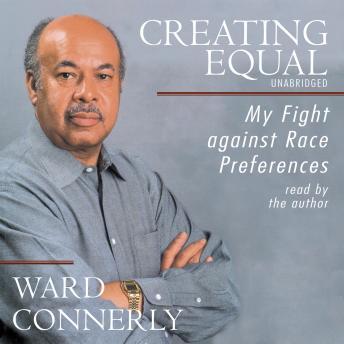 This is the story of a man who searched his conscience, decided that the American Dream should be colorblind, and then set out to change the rules. Part memoir, part history lesson, and part road map, Creating Equal tells how a black man fought against affirmative action in California and Washington state.
It begins in segregated Louisiana with a hard-working, resilient family that refused to be destroyed by personal tragedy or to be defined by race. This is where Ward Connerly grew up. In 1993, he would be called to make the most difficult decision of his life: to convince the regents of the University of California to end affirmative action. Two years later, he did the same thing for Washington state.