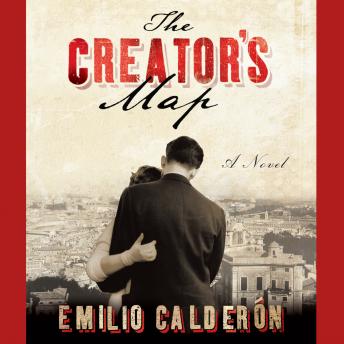 As Fascism rises and falls, a Spanish architect, a young librarian, and an Italian prince are entangled in a web of passion and espionage.

Rome, 1952. Like all of Europe, Spanish architect Jose Maria struggles to recover from the chaos of the past fifteen years. Then one day he learns about the mysterious death by decapitation of an old acquaintance. Memories rush back-and the story moves back in time to 1937.

Fascism is on the rise. Jose and his wife Montse wait out the Spanish Civil War at the Spanish Academy in Rome. When they sell an ancient text found in the Academy's forgotten archive, they become embroiled in a Nazi plot to collect mystical artifacts for the practice of the black arts. Most coveted by the Führer himself: The Creator's Map, a document showing the power centers of the universe, said to be traced by God's own hand.

Enter a sinister Italian prince with dark plans of his own and the stage is set for a tale of political intrigue, romantic entanglements, deceit, and divided loyalties, rich with historical detail and 1940s noir suspense.

This title is due for release on July 17, 2008
We'll send you an email as soon as it is available!