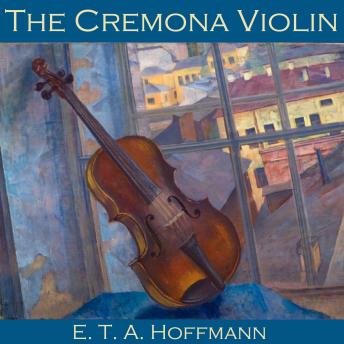 E. T. A. Hoffmann (1776-1822) was a German Romantic author of fantasy and horror as well as a jurist, composer, music critic, draftsman and caricaturist. His stories were highly influential during the 19th century, and he is one of the major authors of the Romantic movement.

'The Cremona Violin' is the story of Councillor Krespel, an eccentric violin maker who lives with a mysterious woman, Antonia, who has the most beautiful singing voice ever heard by anyone in the town, but she was only ever heard to sing once. Krespel makes the best violins in the world but never sells any and plays each violin only once. There is a strange secret behind this odd behaviour...but it is only years later that the strange truth comes out.