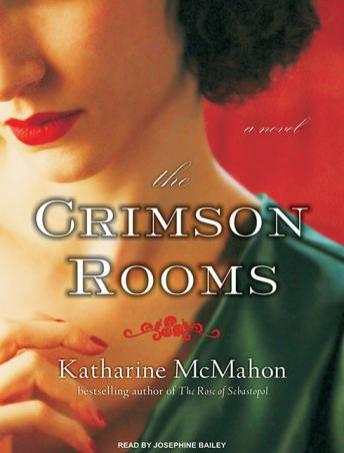 The Crimson Rooms: A Novel

Evelyn is a young woman who has defied convention to become one of the country's pioneer female lawyers. Living at home with her mother, aunt, and grandmother, Evelyn is still haunted by the death of her younger brother James in the First World War. Therefore, when the doorbell rings late one night and a woman appears claiming to have mothered James's child, Evelyn's world is turned upside down.

Evelyn distrusts Meredith at first, but she also finds that this new arrival challenges her work-obsessed lifestyle. So far her legal career has not set the world alight. But then two cases arise that make Evelyn realize that perhaps she can make a difference. The first concerns a woman called Leah Marchant, whose children have been taken away from her simply because she is poor. In the second case, Stephen Wheeler-a former acquaintance of Daniel Breen, her boss-has been charged with murdering his own wife. It is clear to Breen and Evelyn that Wheeler is innocent but he won't talk.

After being humiliated in court, Evelyn is approached by the dashing lawyer Nicholas Thorne. She is needled by his privileged background and old-fashioned attitudes, but, despite being engaged, he cannot seem to resist sparring with this feisty young female. In the meantime, Meredith makes an earth-shattering accusation about James. With the Wheeler case coming to a head and her heart in limbo, Evelyn takes matters into her own hands.