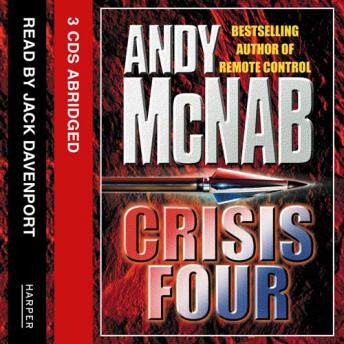 Crisis Four hurtles us into the heartstopping world of violence, betrayal and high-octane suspense.


Nick Stone, ex-SAS, now a ‘K’ working for British Intelligence on deniable operations, is tough, resourceful, ruthless, and highly trained – a master of his trade.


Sarah is beautiful – steel-willed, intelligent, cunning – the only woman Stone has ever let under his guard. And now he’s been sent to hunt her down…


As the pair are pursued through the backwoods of the American South, Stone’s mission becomes a journey to the heart of a dark and deadly conspiracy – to which only Sarah holds the key. And as the tension builds to breaking point, the two are led to a confrontation that echoes our worst nightmares.


In Crisis Four the master storyteller hurtles us once more into his heartstopping world of violence, betrayal and high-octane suspense. Here indeed is a new kind of thriller, so gritty, vivid and menacing that it’s hard to tell where fact ends and fiction begins.

This title is due for release on January 2, 2006
We'll send you an email as soon as it is available!