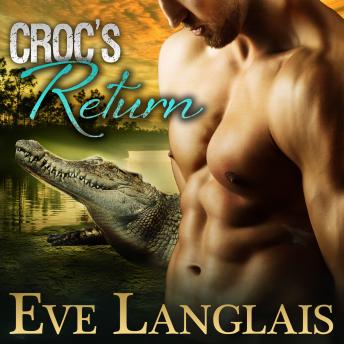 Take one deadly bite and, bam, a man's life is changed forever, or so Caleb discovers when a loss of control leads to him joining the military and leaving everything behind. Now that he's back, making amends is harder than expected.

His ex-girlfriend, Renny, is not interested in excuses. Caleb might have returned, but her plan is to keep him at arm's length-only she can't. Her son deserves a chance to get to know his father, but that doesn't mean that Renny is letting Caleb back into her heart. Now if only her heart would cooperate.

Things get dangerous when a mysterious being starts stalking the residents of Bitten Point. When the monster threatens his son, Caleb knows that it's time to unleash his dark inner beast so he can snap at danger and take a bite out of life.Contains mature themes.