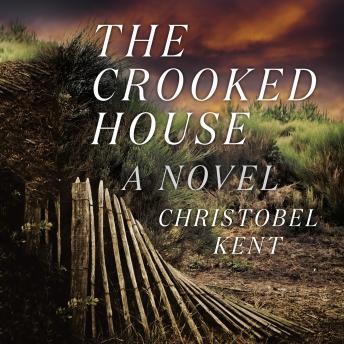 The Crooked House: A Novel

Published in the United Kingdom in 2015, Christobel Kent's The Crooked House has drawn comparisons to works by the pantheon of British female literary suspense writers--Daphne du Maurier, Agatha Christie, P. D. James, and Kate Atkinson. In this darkly atmospheric psychological thriller, she accomplishes what those celebrated writers do best: she creates an insular world (a single house, a small town) where something sinister has occurred, and subtly inflects each page with the toxic residue of violence.

Much like the unnamed narrator of Rebecca, Alison lives her life under the radar. She has no ties, no home, and she spends her days at a backroom publishing job. Which is how she wants it. Because Alison used to be a teenager named Esme, who lived in a dilapidated house by a bleak estuary with her parents and three siblings. One night, something unspeakable happened in the house, and Alison emerged the only survivor. In order to escape from the horror she witnessed, she moved away from her village, changed her name, and cut herself off from her past.

Only now her boyfriend invites her to a wedding in her old hometown, and she decides that if she's going to have any chance of overcoming the trauma of what happened, she'll have to confront it. But soon Alison realizes that that night's events have left a terrible mark on everyone in the village, and she begins to suspect that they are all somehow implicated in her family's murder.

I regret wasting a credit on this book. The premise was intriguing but the story itself fell flat. Obvious killer, little character development, overdone story type, and not much to keep you interested. I started off listening on normal speed only to end up listening at x2 speed just to get it over with. I did my research before listening and saw average reviews - totally get why now.