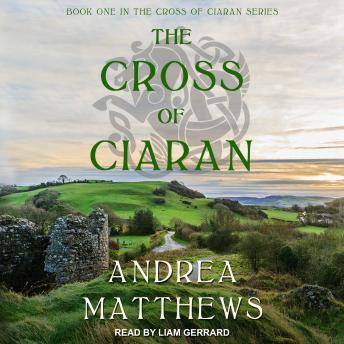 The Cross of Ciaran

#1 of Cross of Ciaran

When a pagan priest is unearthed in Ireland fifteen hundred years after being entombed, archaeologist Caitlin O'Connell is convinced it's the find of the century. The body is in perfect condition. In fact, if scientific data hadn't proved otherwise, she would swear he hadn't been interred more than a few hours.

Caitlin accompanies the body back to the New York museum where she's employed, but before she has time to study him, the priest disappears. Rumors surrounding the event begin to circulate.

After being buried alive for betraying his goddess and his priesthood in the dawning age of Christianity, Ciarán wakes to a strange new world. Alone and frightened, he seeks sanctuary within the church walls. With the help of the parish's pastor, Father Mike, Ciarán grows accustomed to his surroundings. But an immediate danger lurks on his doorstep.

Caitlin is determined to get to the bottom of the missing Celt, and when she meets her Uncle Mike's new handyman, Ciarán, she's convinced he knows more about the theft than he's letting on. Yet, even she can't deny the attraction between them. But will Ciarán's secrets draw them together or shatter their future?

Setting The book goes through 5th century Ireland to 20th century New York, it's pretty imaginative and have very good descriptions of both times, truly magical really, will let you wanting to go to Ireland right away. First Impressions As with any time traveling romance the beginning it's a little slow because we need to get into the story who they are, what's going on and why, but after al this is laid out in the firsts chapters it's pretty nice and coming along the plot. Characters In this regards my only complaint it's that it seemed our protagonist was made a little unaware of things like come on she is an archeologist you describe her like very intelligent and then she misses all the critical points? seems unlikely not that it's impossible but that part I didn't love it. The building of relationships didn't seemed rushed that was a good thing, you have time to enjoy how the tension keeps rising and the dynamic changing between all of them. Themes It does touch the religions points between Celtic and Christianity clashing together in Ireland, on early Christianity it was very hard to be a Christ follower really it seems no one really wanted it, but it did become a thing afterwards so the struggles between religions are interesting. Overall By the end I was very confused usually this type of books are self conclusive but this one didn't really reach any conclusion I do know there's a second book but it was a little weird that path, to see what it will get us later on. The end was intriguing but since I didn't feel anything was solved it felt like something was missing of the book but not bad really just I will advice to read them in a row so you can get all the picture.

This title is due for release on January 25, 2022
We'll send you an email as soon as it is available!