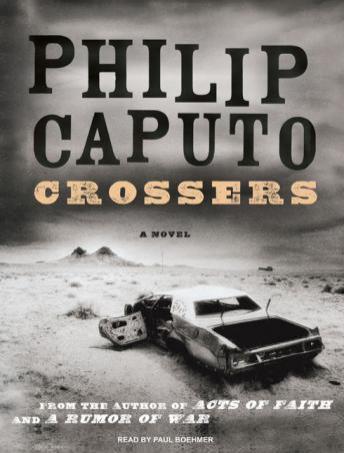 Taking us from the turn of the twentieth century to our present day, from the impoverished streets of rural Mexico to the manicured lawns of suburban Connecticut, from the hot and dusty air of an isolated ranch to New York City in the wake of 9/11, Philip Caputo gives us an impeccably crafted story about three generations of an Arizona family forced to confront the violence and loss that have become its inheritance.

When Gil Castle loses his wife in the Twin Tower attacks, he retreats to his family's sprawling homestead in a remote corner of the Southwest. Consumed by grief, he has to find a way to live with his loss in this strange, forsaken part of the country, where drug lords have more power than police and violence is a constant presence. But it is also a world of vast open spaces, where Castle begins to rebuild his belief in the potential for happiness-until he starts to uncover the dark truths about his fearsome grandfather, a legacy that has been tightly shrouded in mystery in the years since the old man's death.

When Miguel Espinoza shows up at the ranch, terrified after two friends were murdered in a border-crossing drug deal gone bad, Castle agrees to take him in. Yet his act of generosity sets off a flood of violence and vengeance, a fierce reminder of the fact that while he may be able to reinvent himself, he may never escape his history.

Searingly dramatic, bold, and timely, Crossers is Caputo's most ambitious and brilliantly realized novel yet.