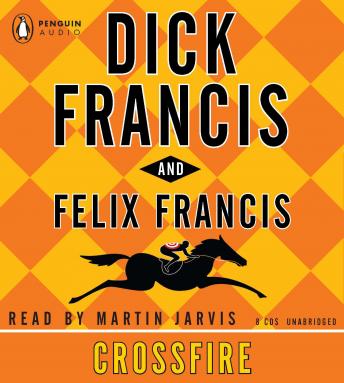 An exhilarating new novel from the New York Times-bestselling authors.

Shell-shocked and missing a foot-lost to an IED during his tour of duty in Afghanistan-Captain Tom Forsyth has been sent 'home' by the army and, at loose ends, returns to his estranged mother's house for the first time since he joined up at seventeen. But Josephine Kauri, the 'first lady of British racing,' has always put the horses she trains first and her family last. Tom soon finds himself strained to the breaking point with his mother and stepfather.

But there's another reason for the stifling tension at Kauri House Stables: Josephine is being blackmailed for a hefty sum every week-and forced to make her horses lose. Retirement is not an option, as she has been warned that it will result in the thing she most fears: exposure and ridicule . . . and prison, when the government finds out what she's been hiding.

Tom sets out to discover and defeat this hidden enemy using his finely honed military skills. But can he save his mother's reputation and career, or will he find himself caught in the cross fire?