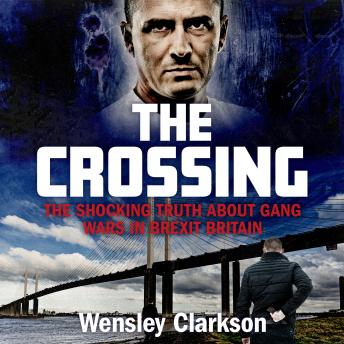 The Crossing: The shocking truth about gang wars in Brexit Britain

The Dartford Crossing: a vital transport hub connecting Kent and Essex, the busiest river crossing in Europe, and the site of some of the most vicious organised crime today...

For the last decade, there has been a intense turf war in the south-east of England between two sets of criminal gangs:

On one side, there's the 'Establishment' - the old-school firms that have operated for decades and weaved their way into all areas of their communities. On the other, 'The New Kids on the Bloc' - mainly Eastern European gangs
who have muscled in, boasting they'll crush anyone in their way and dominate the British underworld.

The Dartford Crossing, due to its location between London and the ports of the south-east, has become the epicentre of these battles.

Since Brexit began, the war has become even bloodier as both gangs try to claim new territory before the borders close. In an already terrifying and volatile world of drug smuggling, people trafficking, prostitution and money laundering, all rules are out and the body count is rising...

With research and interviews from both sides conducted by one of true crime's most established names, The Crossing is a ground-breaking and fascinating look inside the UK's newest crime phenomenon.

Crossing: The shocking truth about gang wars in Brexit Britain