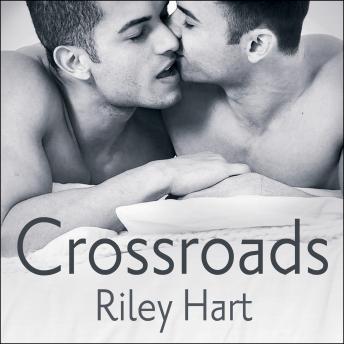 After divorcing the woman he'd been with since he was seventeen, Nick Fuller is starting over. He owns the restaurant of his dreams and he's determined to meet new people, find new passions, and experience life to its fullest. Easier said than done-that is, until he meets his new neighbor, Bryce Tanner.

Neither man has ever wanted another guy, but there's a connection between Nick and Bryce from the start-a spark they can't deny. They find themselves navigating an unfamiliar new world and dealing with unforeseen obstacles. Physical desire isn't enough, and now Nick and Bryce are at a crossroads. They have to decide which way to go: the easy path they've always followed, or the one that's determined to trip them up at every turn.Contains mature themes.