Crota, The Gods' Game, Volume I: A LitRPG novel 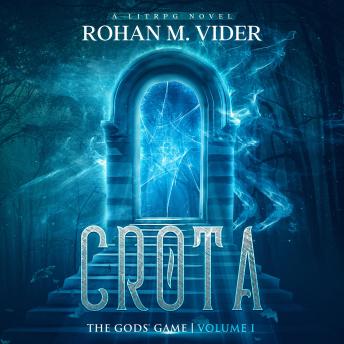 The start of an epic LITRPG fantasy adventure...

Of a game played between gods where the playing field is the world itself and the pieces, living beings. A young man is caught unwittingly between, in a strange world, without allies or help, and must battle for survival using his wits and magic alone.

Pawn or Player...his fate is his to decide...which will he prove to be?

Accidentally summoned from Earth to the world of Myelad, Kyran becomes embroiled in an eons-old war between the gods. Earning their ire, he is sentenced to die. To escape the gods' trap, Kyran must become a player in their game that even the gods would learn to fear...

For those who enjoy epic tales of fantasy, this is the story of Kyran Seversan, a young man from Earth, stranded in another world where magic not only exists, but is part of an elaborate game between immortals.

Enter the world of Myelad and join Kyran on his epic journey!

Crota, The Gods' Game, Volume I: A LitRPG novel