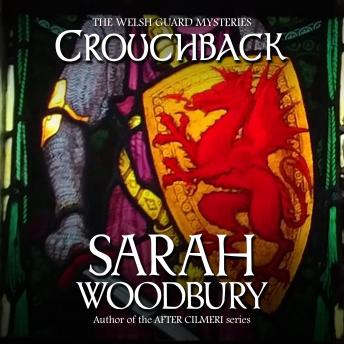 #1 of The Welsh Guard Mysteries

April 1284. As a newly widowed lady-in-waiting to the very pregnant Queen Eleanor of England, Catrin never expected to return to Wales again. She was definitely unprepared to be confronted with murder when she got there--or to find herself face-to-face with Rhys, the childhood friend she lost twenty years before. Rhys had never intended to return home either, but a lifetime of war has deposited him right back where he started--impoverished and owing service to Catrin's older brother.

With Wales fallen irrevocably to England and not knowing whom else they can trust, Catrin and Rhys join forces against the treachery and intrigue rife within the half-built Caernarfon Castle. And when the killer strikes again, this time within the royal court, the pair race to uncover his identity before he touches the king himself--or his infant son.

Crouchback is the first book in The Welsh Guard Mysteries. Series so far: Crouchback, Chevalier, Paladin