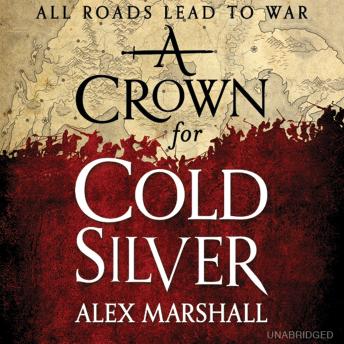 A Crown for Cold Silver

'It was all going so nicely, right up until the massacre.'

Twenty years ago, feared general Cobalt Zosia led her five villainous captains and mercenary army into battle, wrestling monsters and toppling an empire. When there were no more titles to win and no more worlds to conquer, she retired and gave up her legend to history.

Now the peace she carved for herself has been shattered by the unprovoked slaughter of her village. Seeking bloody vengeance, Zosia heads for battle once more, but to find justice she must confront grudge-bearing enemies, once-loyal allies, and an unknown army that marches under a familiar banner.

Five villans. One Legendary General. A final quest for vengence.