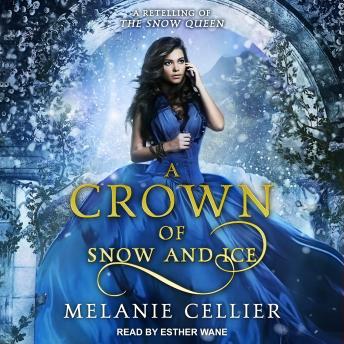 A Crown of Snow and Ice: A Retelling of The Snow Queen

An unexpected gift from her godmother will give Celine enough fire to take on an entire kingdom of snow and ice. But first she needs to melt one frozen prince.

Rumors have long swirled about the strange kingdom of Eldon. The only thing more frozen than its mountains are the inhabitants themselves. But Princess Celine has never backed away from a challenge, so she eagerly accepts an invitation to visit.

Yet the situation in Eldon is even worse than Celine feared. And if the kingdom is to have any hope of freedom or a future, she's going to have to call on new skills and new allies-including the crown prince, Oliver. But against an enemy stronger and colder than ice, all her fire may not be enough.

In this reimagining of the classic fairy tale, The Snow Queen, one princess is ready to burn down everything in her path to save those she loves and their kingdom with them.

Crown of Snow and Ice: A Retelling of The Snow Queen