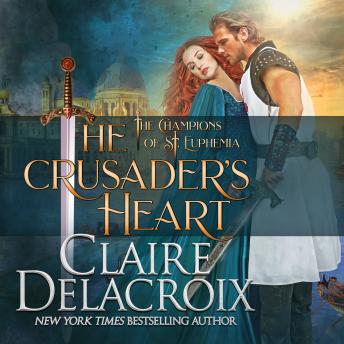 The Crusader's Heart: A Medieval Romance

A company of Templar knights, chosen by the Grand Master of the Temple in Jerusalem to deliver a sealed trunk to the Temple in Paris. A group of pilgrims seeking the protection of the Templars to return home as the Muslims prepare to besiege the city. A mysterious treasure that someone will even kill to possess...He swore never to love, but her passion captured his wary heart...A valiant warrior sworn to the order of the Knights Templar for life, Wulfe resents being dispatched on a quest to Paris just when the Latin Kingdoms are at their most vulnerable. He is determined to fulfill his duty as quickly as possible and return to fight for justice-but the courtesan he defends in Venice is resolved to remain at his side. The alluring and perceptive Christina will not be left behind, and soon Wulfe finds himself forced to choose between his vows and his heart...