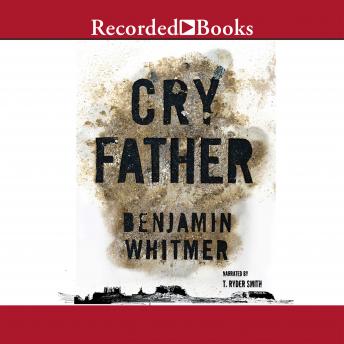 In the tradition of Cormac McCarthy and Larry Brown comes a haunting story about men, their fathers, their sons, and the legacy of violence. For Patterson Wells, disaster is the norm. Working alongside dangerous, desperate, itinerant men as a tree clearer in disaster zones, he's still dealing with the loss of his young son. Writing letters to the boy offers some solace. The bottle gives more. Upon a return trip to Colorado, Patterson stops to go fishing with an old acquaintance, only to find him in a meth-induced delirium and keeping a woman tied up in the bathtub. In the ensuing chain of events, which will test not only his future but his past, Patterson tries to do the right thing. Still, in the lives of those he knows, violence and justice have made of each other strange, intoxicating bedfellows. 'Cry Father is strong medicine. It burns going down, but there's healing in that dose as well. It's a book that put me in the mind of my own Dad and made me think of my own duties as a father. And any book that can reach inside your heart and mind and force you to reflect on such things is doing something very, very right indeed.' (Craig Davidson, author of Rust and Bone and Cataract City) 'Whitmer writes about the rustbelt of life. Showing the seedy, the dark, and the things that others are afraid to show.' (Frank Bill, author of Crimes in Southern Indiana) 'Searing, spare, beautiful prose and characters who arrive on the page already well-worn. A pebble tossed into this novel reveals concentric waves of violence, guilt, culpability, shame, and vengeance - and yet when the surface settles, astonishingly, there is hope.' (Sophie Littlefield, author of Garden of Stones and The Missing Place) 'Since the death of Larry Brown there have been at least a dozen novelists touted as the heir to Brown's gritty throne. Needless to say, there have been few who've actually lived up to the promise. However, Benjamin Whitmer's stark debut [Pike] easily rivals Brown's most renowned novels.' (Spinetingler Magazine)