The Culper Ring: A Captivating Guide to George Washington's Spy Ring and Its Impact on the American Revolution 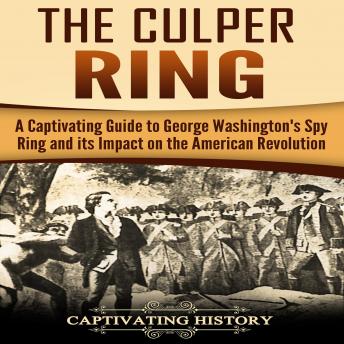 Explore the captivating history of the Culper Ring!

Spying and warfare have always gone hand-in-hand. From Julius Caesar to modern generals, we have accounts of commanders covertly gathering information about their opponents, ensuring they have the intelligence they need to conduct a war.

Based in New York during the British occupation, the Culper Ring provided vital intelligence from behind enemy lines. Their work gave Washington an insight into the British forces and their plans. They helped to turn the war in the revolutionaries' favor. And now, their story can be told once more.

Some of the topics covered in this book include:

Get the audiobook now to learn more about the Culper Ring!

Culper Ring: A Captivating Guide to George Washington's Spy Ring and Its Impact on the American Revolution