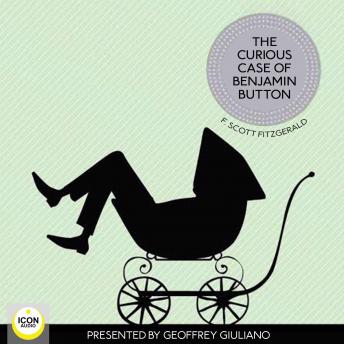 The Curious Case of Benjamin Button

'The Curious Case of Benjamin Button' is a short story written by F. Scott Fitzgerald. First published in Collier's Magazine on May 27, 1922, it was subsequently anthologized in Fitzgerald's book 'Tales of the Jazz Age' which is occasionally published as 'The Curious Case of Benjamin Button and Other Jazz Age,' Stories.It also was later adapted into the 2008 namesake film and in 2019 into a stage musical.

Edited by Macc Kay
Production executive Avalon Giuliano
ICON Intern Eden Giuliano
Music By AudioNautix With Their Kind Permission
©2020 Eden Garret Giuliano (P) Eden Garret Giuliano
Geoffrey Giuliano is the author of over thirty internationally bestselling biographies, including the London Sunday Times bestseller Blackbird: The Life and Times of Paul McCartney and Dark Horse: The Private Life of George Harrison. He can be heard on the Westwood One Radio Network and has written and produced over seven hundred original spoken-word albums and video documentaries on various aspects of popular culture. He is also a well known movie actor.