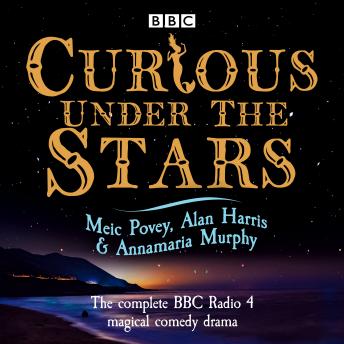 When Gareth finds his wife Diane in bed with another man, the couple attempt to save their marriage by uprooting from London to the West Wales village where Gareth grew up, and buying the local pub. It's a bit of a dive - the wallpaper's peeling, there are squirrels in the saloon bar and something's growing out of the pool table. But it's got potential, and they're determined to make a go of it.

Soon, the locals are flocking to The Druid's Rest - and as Diane discovers, her husband's old friends are an eccentric bunch. There's ex-soldier Gwyn, who carries a machine gun everywhere; garrulous waitress Megan; cook Matty, whose dishes cast a spell over everyone who eats them; and enigmatic potman (and narrator) Emlyn, who seems built into the fabric of Glan Don. And then there's Bethan - beautiful, bewitching Bethan, Gareth's teenage sweetheart, who may still have a hold on his heart...

If the villagers are strange, Glan Don itself is even stranger. Steeped in ancient folklore, it is both eerie and enchanting. The sea is an all-pervading presence, magical and menacing in turn, home to mermaids and submerged forests. On land are haunted caves, dark woods, ruined castles, old lead mines - and legendary beings including ghosts, dragons, witches and the King under the Hill.

As Gareth and Diane struggle to cope with the dual challenges of running a pub and dealing with the supernatural, will Glan Don bring them closer together - or tear them apart?