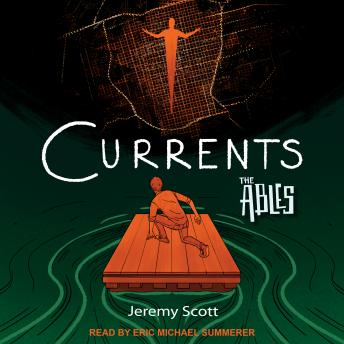 Set four years after the events of Strings, Currents finds the Ables gang about to start their second year at Goodspeed University. Phillip is struggling more than ever with anxiety and PTSD, and he continues to feel tremendous guilt over the loss of a friend. It's haunting him. He's having vivid nightmares, passing out frequently, and starting to question his role in the world.

On top of all that, he's taking his first public speaking course, and the learning curve is steep-though he does make a new friend in the class. Phillip also finds himself truly blind once again, with no one to give him even temporary sight. He and his girlfriend, Emmaline, have created a sort of shorthand that allows her to communicate enemy positions so that Phillip can still be an effective crime fighter. Sherpa, his dog, is proving just as helpful during hero work as she is in the day-to-day things Phillip needs help with.

There's more distance between Phillip and Bentley now, and the reasons aren't entirely understood by either of them. As Phillip tries to keep it together and rebuild an old friendship, the group of college heroes chases a new energy-hoarding villain across the globe, desperate to understand the danger in time to stop it. By the end, few of them will ever be the same.