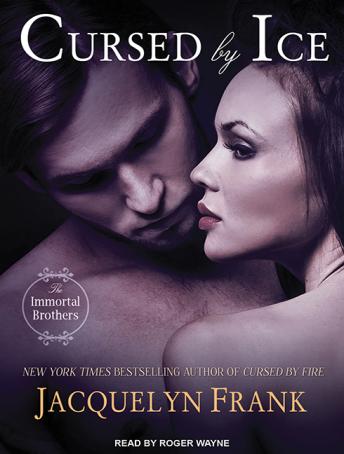 Cursed by Ice: The Immortal Brothers

As punishment for plotting with his brothers to steal immortality, Garreth is suffering a freezing torment until the end of time. Again and again, his fierce fighter's physique is frozen into a chiseled ice sculpture, his heart hardening like a diamond in his chest-only to thaw and resume the chilling torture. Until, like his older brother Dethan, he is offered a reprieve from a goddess-in exchange for his allegiance in a celestial civil war.

Garreth lives to fight and fights to live. But while laying siege to an embattled city, he finds another reason to go on-a beautiful warrior woman named Sarielle, who commands a mythic beast through a mysterious and powerful bond. Terrified of her strength, the city rulers have kept her captive, and now she refuses to submit to a new master. As Garreth seeks to unleash her passion and melt the icy resistance of her heart, will he become her ultimate salvation-or lead them both to greater destruction?

Cursed by Ice: The Immortal Brothers