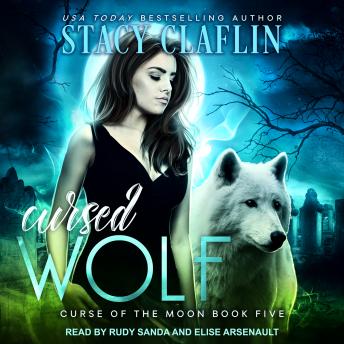 A stone in the shoe is irritating. A stone around the neck is a nightmare.

Victoria should be happy. Elated. Enemies have been defeated and her new life has endless possibilities. But things never stay uncomplicated for long. Not for her. The wolf essence stone was supposed to cure wolves of their shifting curse. Instead, it adheres itself to her, and casts a new curse on almost everyone surrounding her. Even worse, it speaks to her-leading her to a disturbing and heartbreaking realm where no one can find her and no one can follow. Each time she disappears, she returns with no memory of what transpired and is left with a feeling of dread.

Toby suffers more from the curse than the rest of his pack. The wolf essence stone seems to actively hate him and often repels him away from the love of his life. Compounding their problems? A secret society wants the stone for their own nefarious ends and the evil witch who created the curse has also resurfaced-and everything they do puts Victoria's life in jeopardy.

All the supernaturals must band together in an epic battle for control of the stone. But before it's over, one or more of them may have to make the ultimate sacrifice.