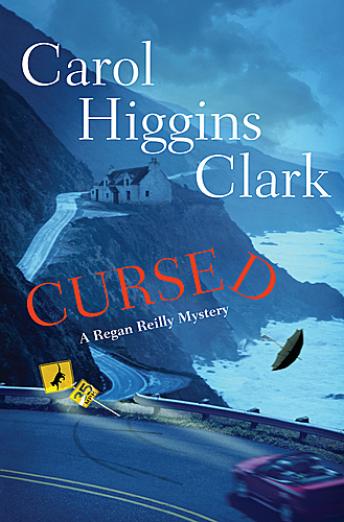 PI Regan Reilly moved from Los Angeles to New York City when she married Jack “no relation” Reilly, head of the NYPD Major Case Squad. To help a friend, Regan takes on a case that takes her back to her old stomping grounds. . . .

On a snowy day in New York City, PI Regan Reilly gets an urgent call from her former neighbor, Abigail Feeney. A Hollywood hairdresser, Abigail believes her life has been cursed since the day she was born— Friday the 13th.

Always unlucky in love, Abigail now needs Regan’s help in tracking down an ex-boyfriend who was just spotted in downtown Los Angeles—a “nogood bum” who borrowed $100,000 from her three months ago, then promptly disappeared. Abigail desperately needs to get that money back, money given to her by her grandmother who is heading to L.A. Grandma Feeney, no shrinking violet, has plans to buy an old friend’s condo for Abigail and will need that hard-earned money to make the deal.

With hubby Jack away, the weather in New York miserable, and the guiltprovoking memory that Abigail had brought her chicken soup when she was sick, Regan agrees to hop a plane. Before long, the hunt for Abigail’s ex takes some dangerous turns. . . . But when Abigail becomes a suspect in a murder investigation, Regan begins to wonder if the curse is real—and possibly contagious!