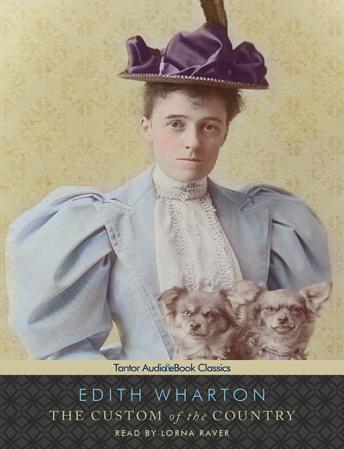 The Custom of the Country

From New York to Europe, the apartments of the nouveau riche to ancient French estates, Edith Wharton tells the story of Undine Spragg, a girl from a Midwestern town with unquenchable social aspirations. Though Undine is narcissistic, pampered, and incredibly selfish, she is a beguiling heroine whose marital initiation into New York high society from its trade-wealthy fringes is only the beginning of her relentless ambitions. Wharton weaves an elaborate plot that renders a detailed depiction of upper-class social behavior in the early twentieth century. By utilizing a character with inexorable greed in a novel of manners, she demonstrates some of the customs of a modern age and posits a surprising explanation for divorce and the social role of women, which still resonates for the modern audience today.

Custom of the Country