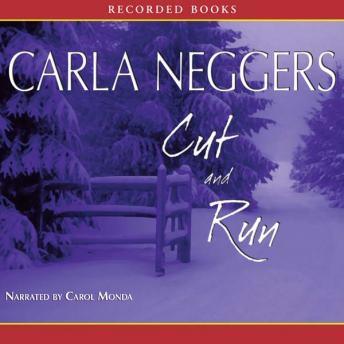 New York Times best-selling author Carla Neggers has garnered popular and critical acclaim for her trademark blend of romance and suspense. With Cut and Run, she spins a pulse-pounding saga of romantic intrigue involving the world's largest uncut diamond. The Minstrel's Rough is little more than a legend to some. Yet for the Pepperkamp family, its existence has been unquestioned since 1545. Since then it has been entrusted to one family member each generation. Although her mother tried to shield her from the haunting secrets of its past, Juliana now inherits the Minstrel's Rough-and the perils of its insidious allure. When she learns a U.S. senator, a Nazi collaborator, and a hero-turned journalist will risk all to have this precious treasure, Juliana must uncover the past before they do. Captivated by Carol Monda's superb narration, listeners will soon become ensnared in the web of this well-told tale. 'No one does romantic suspense better.'-Janet Evanovich, New York Times bestselling author 'Carla Neggers sets a plot in motion that is thrilling and holds the reader right through to the end. Every character has substance and dimension.'-Armchair Interviews