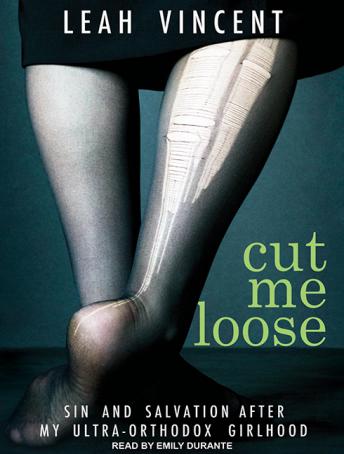 Cut Me Loose: Sin and Salvation After My Ultra-Orthodox Girlhood

Leah Vincent was born into the Yeshivish community, a fundamentalist sect of ultra-Orthodox Judaism. As the daughter of an influential rabbi, Leah and her ten siblings were raised to worship two things: God and the men who ruled their world. But the tradition-bound future Leah envisioned for herself was cut short when, at sixteen, she was caught exchanging letters with a male friend, a violation of religious law that forbids contact between members of the opposite sex. Leah's parents were unforgiving. Afraid, in part, that her behavior would affect the marriage prospects of their other children, they put her on a plane and cut off ties. Cast out in New York City, without a father or husband tethering her to the Orthodox community, Leah was unprepared to navigate the freedoms of secular life. She spent the next few years using her sexuality as a way of attracting the male approval she had been conditioned to seek out as a child, while becoming increasingly unfaithful to the religious dogma of her past. Fast-paced, mesmerizing, and brutally honest, Cut Me Loose tells the story of one woman's harrowing struggle to define herself as an individual. Through Leah's eyes, we confront not only the oppressive world of religious fundamentalism, but also the broader issues that face even the most secular young women as they grapple with sexuality and identity.