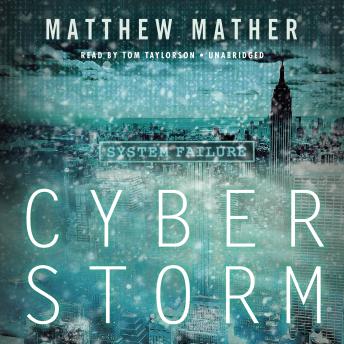 Sometimes the worst storms aren't from Mother Nature, andsometimes the worst nightmares aren't the ones in our heads.
Mike Mitchell, an average New Yorker already struggling tokeep his family together, suddenly finds himself fighting just to keep themalive when an increasingly bizarre string of disasters starts appearing on theworld's news networks. As both the real world and the cyberworld come crashingdown, bending perception and reality, a monster snowstorm cuts New York offfrom the world, turning it into a wintry tomb where nothing is what it seems.
Anyone who enjoys insightful, cutting-edge fiction mixedwith action and adventure won't want to miss CyberStorm.