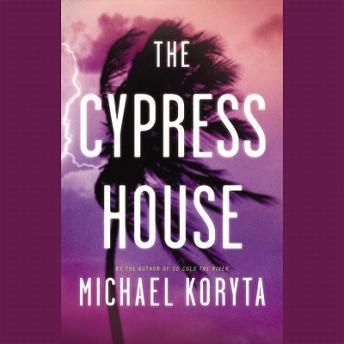 A journey to Florida's coast becomes an inescapable nightmare in the newest supernatural thriller from international bestseller Michael Koryta.

Arlen Wagner has seen it in men before--a trace of smoke in their eyes that promises imminent death. He is never wrong.

When Arlen awakens on a train one hot Florida night and sees death's telltale sign in the eyes of his fellow passengers, he tries to warn them. Only 19-year-old Paul Brickhill believes him, and the two abandon the train, hoping to escape certain death. They continue south, but soon are stranded at the Cypress House--an isolated Gulf Coast boarding house run by the beautiful Rebecca Cady--directly in the path of an approaching hurricane.

The storm isn't the only approaching danger, though. A much deadlier force controls the county and everyone living in it, and Arlen wants out--fast. But Paul refuses to abandon Rebecca to face the threats alone, even though Arlen's eerie gift warns that if they stay too long they may never leave. From its chilling beginning to terrifying end, The Cypress House is a story of relentless suspense from 'one of the best of the best' (Michael Connelly).

This title is due for release on January 24, 2011
We'll send you an email as soon as it is available!