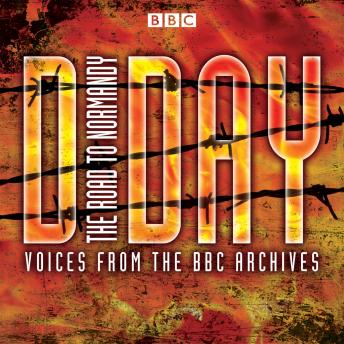 D-Day: The Road to Normandy

Narrated By: Jonathan Keeble, Voices from the BBC Archives

First-hand accounts by those who planned and took part in the Normandy landings, and eyewitness reports from BBC correspondents travelling with the troops on 6 June 1944.

In 1940, after the evacuation of the British army from Dunkirk, Winston Churchill vowed that Allied Forces would return to “cleanse Europe of the Nazi Pestilence”. The logistics of Operation Overlord were daunting, but an inspired campaign of deception successfully diverted Hitler’s attention away from the Normandy beaches until it was too late. Rommel had privately declared the battle must won in the first twenty-four hours or it would be the beginning of the end for Germany. By midnight on D-Day, a beachhead had been established. The Allies were back in Europe, and Rommel was right.

The reminiscences of civilians, military strategists, German officers and Allied servicemen powerfully evoke the events of seventy years ago. The courage of the troops is evident, yet their individual stories reveal their deepest fears. Some were haunted by the carnage, others exhilarated by the action, but, in the words of one officer, “obviously there were tragic moments, frightening moments too, but on the whole it had to be done and we did it.”

D-Day: The Road to Normandy