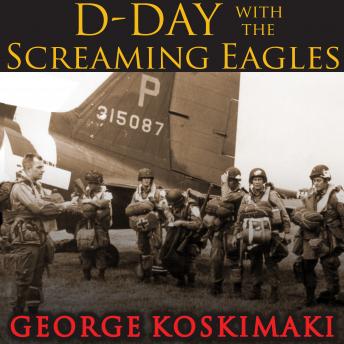 D-Day with the Screaming Eagles

In the predawn darkness of D-Day, an elite fighting force struck the first blows against Hitler's Fortress Europe. Braving a hail of enemy gunfire and mortars, bold invaders from the sky descended into the hedgerow country and swarmed the meadows of Normandy. Some would live, some would die, but all would fight with the guts and determination that made them the most famous U.S. Army division in World War II: the 101st Airborne 'Screaming Eagles.'

George Koskimaki was part of the 101st Airborne's daring parachute landing into occupied France that day. Now, drawing on more than five hundred firsthand accounts, Koskimaki re-creates those critical hours in all their ferocity and terror. Told by those who ultimately prevailed-ordinary Americans who faced an extraordinary challenge-D-Day with the Screaming Eagles is the real history of that climactic struggle beyond the beachhead.

D-Day with the Screaming Eagles