D.W. Griffith: The Life and Legacy of the Hollywood Director Who Made The Birth of a Nation 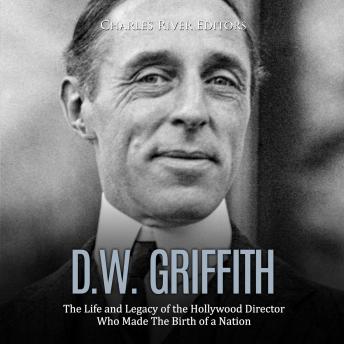 He was a pioneering film director who had 518 films to his credit. His work spanned the silent and sound eras. Most of his films were completed in a span of 15 years. But today he is known only for one of his films, one considered by historians to be a landmark in cinema as well as the most controversial ever made. He could not escape the controversy of this one film before he died in relative obscurity, his contributions to the motion picture industry forever marred.

The story of D.W. Griffith is one of triumph and tragedy, of a man who almost singlehandedly created the American motion picture industry, but whose prejudices and ego have permanently colored how he is perceived. In 1958, James Agee wrote of Griffith and his time, “This was the only time in movie history that a man of great ability worked freely, in an unspoiled medium, for an unspoiled audience, on a majestic theme which involved all that was, and brought to it, besides his abilities as an inventor and artist, absolute passion, pity, courage, and honesty. He achieved what no other known man has ever achieved. To watch his work is like being witness to the beginning of melody, or the first conscious use of the lever or the wheel, the emergence coordination, and first eloquence of language, the birth of an art, and to realize that this is all the work of one man.”

It would be an overstatement to say that D.W. Griffith created Hollywood; but Hollywood would have been quite different without his complicated genius. As historian Richard Griffith put it, “the origins of older arts are lost in prehistory, their creators unknown or barely guessed at,” but for the movies, “we have an almost complete record of the ‘birth of an art.’ The creator of film art was David Wark Griffith.”

D.W. Griffith: The Life and Legacy of the Hollywood Director Who Made The Birth of a Nation

This title is due for release on February 9, 2020
We'll send you an email as soon as it is available!