A Daily Walk Just to Listen: A 'This I Believe' Essay 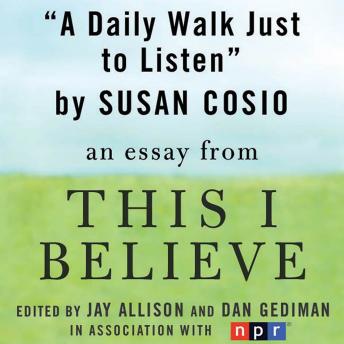 Susan Cosio talks about finding God during 'A Daily Walk Just to Listen' to Him in her contribution to NPR’s This I Believe series. This short audio essay is an excerpt from the audiobook edition of NPR's This I Believe anthology.

Daily Walk Just to Listen: A 'This I Believe' Essay