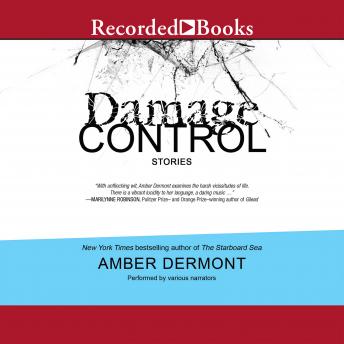 A luminous collection of short stories focusing on privilege and entitlement, from the bestselling author of The Starboard Sea Damage Control displays Amber Dermont's remarkable gift for portraying characters at crossroads. In ' Lyndon,' a daughter visits presidential landmarks following the death of her father. In ' Damage Control,' a young man works at an etiquette school while his girlfriend is indicted for embezzlement. A widow rents herself to elderly women and vacations with them as a ' professional grandchild' in ' Stella at the Winter Palace.' And in ' The Language of Martyrs' a couple houses a mail order bride on behalf of the husband' s Russian mother. Dermont's stories have previously been published in many literary magazines and have also been featured in anthologies edited by Jane Smiley and Dave Eggers. Damage Control includes three previously unpublished pieces.

This title is due for release on March 14, 2014
We'll send you an email as soon as it is available!