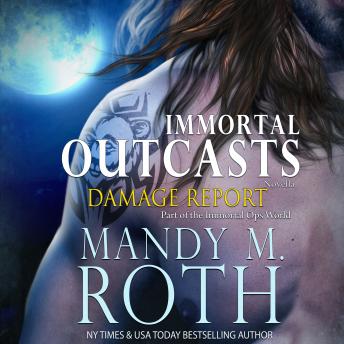 Weston Carol-bear-shifter, genetically altered super soldier-just wants to return to his solitary life off the grid. As far as he's concerned, after helping to rescue the mate of his former teammate, he's done his good deed for the decade. Now he simply wants to retreat to the woods where he can drop off the radar of those looking to kill him.

Then news reaches him of a woman in danger and he can't help but rescue the damsel in distress. Whether or not he believes it, she is his future, and he's in no condition to meet his mate. It's been too long since he's seen to his manly needs, and way too long without shifting-he's a tense, grumpy mess on the verge of losing control of his bear side. One small stop on the way shouldn't interfere with fate too much, right?

This title is due for release on August 3, 2016
We'll send you an email as soon as it is available!