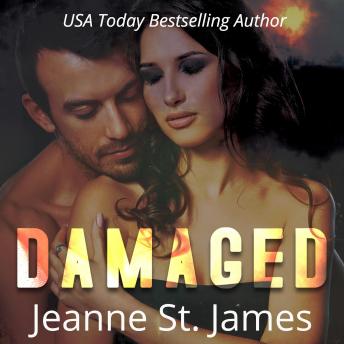 Two scarred souls: one physically, one mentally. Both on the mend, hiding from their pasts...

Being buried deep undercover for the past two years, on the most complex case of his career, has torn him down physically and mentally. Now the FBI agent has come home to recover after having his leg badly injured from a gunshot wound. Arriving home late one night, his relief is short-lived as he's faced with a stranger pointing a gun to his head, acting like he is the one who doesn't belong there.

Colby Parks, a biochemist at the local university, had come to town a year earlier to escape an abusive relationship. She vows never to put herself in that situation again.

Then the perfect opportunity comes along: house-sitting for Mace's sister while making the house she purchased habitable. But she couldn't anticipate this big snag: the one wearing the tight Levi's and worn leather jacket, looking like he had just escaped prison.

Being forced to share a house creates sparks between them in more ways than one. However, things take a turn when their pasts catch up to them, threatening to pull them apart forever.

Note: This is a standalone. And as with all of my romances, it does not have a cliffhanger and has an HEA.