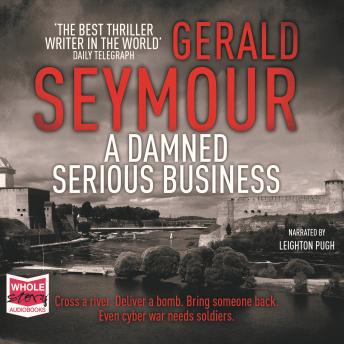 Edwin Coker, nicknamed 'Boot', is a case officer at MI6. When a hacker falls into his hands and reveals details of a secret meeting, Boot conceives a plan to strike back - with a bomb that will seriously damage the Russian operation. Boot turns to Merc, an ex-soldier fighting in Iraq and a gun-for-hire, to deliver the explosives into Russia and bring the hacker back. But things do not go to plan and his mission becomes near impossible. The scene is set for a classic story of pursuit, evasion and a battle for survival.

I didn't finish this book! I personally did not enjoy the plot and found difficult to follow the story/plot and couldn't get into the various characters.

A good story, but way too long. the author constantly repeating himself becomes very tedious followed by an abrupt ending.

This title is due for release on January 28, 2018
We'll send you an email as soon as it is available!