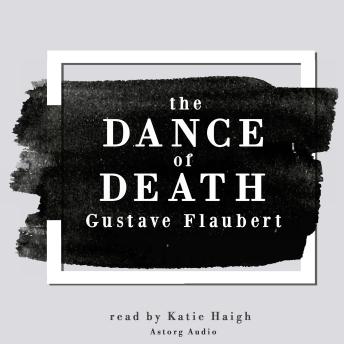 The Dance of Death by Gustave Flaubert

Dance of Death is a prose poem in which Death laments over the cruel task God has given him. Engaging in a dialogue with Satan, and later Nero as one of Satan's first minions, Death suggests that of the two of them, Satan has the more enviable lot, as his work will one day be done and he will have rest. "Dance of Death" is impregnated with the spirit of romanticism, which had a powerful hold on the mind of Flaubert at the time of its writing. Its florid prose makes it a very interesting curiosity for the reader wishing to know a younger Flaubert, who would only later become the famous author of Madame Bovary.

Dance of Death by Gustave Flaubert