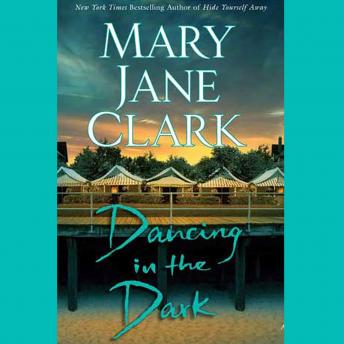 Dancing in the Dark: A Novel

New York Times bestselling author Mary Jane Clark turns up the heat in a drop-dead frightening novel about an idyllic beach community turned killer's hunting ground
KEY News correspondent Diane Mayfield has to give up her vacation and bring her children and her sister to the New Jersey shore town of Ocean Grove to investigate a story. 'Girls Who Cry Wolf' is the topic for the season premiere of 'Hourglass,' television's premiere news magazine show. Diane lands an exclusive interview with a troubled young woman whose tale of being abducted and held against her will for three terrifying days and nights had been disbelieved by the authorities. No sooner does Diane finish taping the interview, though, than a second victim turns up: this time bound, gagged, and dead. And as soon as the police think they've solved the case, a third victim is discovered. Already in the grip of a record heat wave, the small beach community is now wracked by fear and terror-there's a murderer on the loose. Diane and the police turn to the first victim for clues. But it may be too late to save Diane and her loved ones from the mortal danger that lurks in Ocean Grove.
Full of twists, turns, and terrifyingly real danger, Dancing in the Dark is Mary Jane Clark's most suspenseful thriller yet.

Dancing in the Dark: A Novel