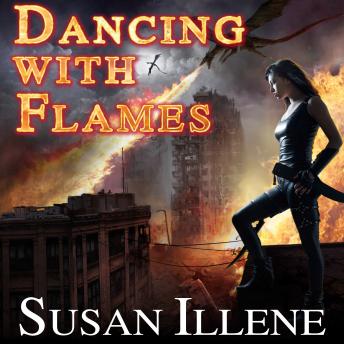 Four months ago, fire-breathing dragons invaded Earth from an alternate dimension, wreaking havoc on modern civilization. Bailey Monzac has been training to kill them ever since discovering she was impervious to their flames, but when some of the beasts begin targeting children, she can't hold back any longer and must hunt them down.

Her ally, Aidan, would help, except the shape-shifter has his own troubles. His clan is battling for territory against the pure dragons and his father-their leader-is dying. As the shifters fight for the pendragon position, fierce rivalry takes over. Aidan's own brothers aren't above blackmail and murder if it will get them to the top. He must stay one step ahead if he is to survive and keep his clan safe from the pure dragons who threaten them all.

Bailey and Aidan may be natural-born enemies, but working together might be the only thing that saves them from the danger that lies ahead.Contains mature themes.