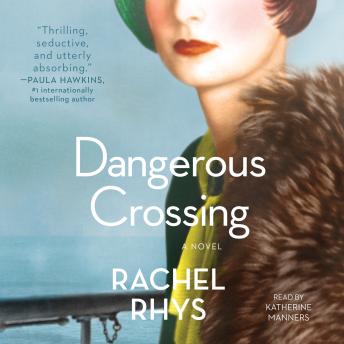 In this “thrilling, seductive, and utterly absorbing” (Paula Hawkins, #1 New York Times bestselling author) historical suspense novel in the tradition of Agatha Christie’s Death on the Nile and Ruth Ware’s The Woman in Cabin 10, pre-war tension and forbidden romance abound, and not everyone will survive the journey…

The ship has been like a world within itself, a vast floating city outside of normal rules. But the longer the journey continues, the more confined it is starting to feel, deck upon deck, passenger upon passenger, all of them churning around each other without anywhere to go...

1939: Europe is on the brink of war when young Lily Shepherd boards an ocean liner in England, bound for Australia. She is ready to start anew, leaving behind the shadows of her past. The passage proves magical, complete with live music, cocktails, and fancy-dress balls. With stops at exotic locations along the way—Naples, Cairo, Ceylon—the voyage shows Lily places she’s only ever dreamed of and enables her to make friends with those above her social station, people who would not ordinarily mingle with her. She even allows herself to hope that a man she couldn’t possibly have a future with outside the cocoon of the ship might return her feelings.

But Lily soon realizes that she’s not the only one hiding secrets. Her newfound friends—the toxic wealthy couple Eliza and Max; Cambridge graduate Edward; Jewish refugee Maria; fascist George—are also running away from their pasts. As the glamour of the voyage fades, the stage is set for something sinister to occur. By the time the ship docks, two passengers are dead, war has been declared, and Lily’s life is irrevocably changed.