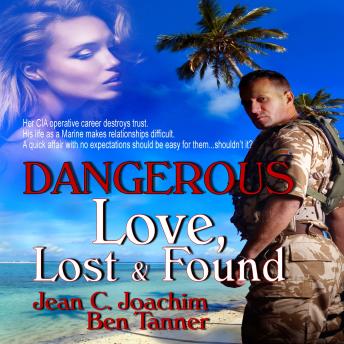 With danger lurking around any corner, Eden Wyatt, CIA covert operative, traveled solo. Hopping from one brief affair to the next, she'd be damned if she'd get a guy killed for loving her. But a chance meeting with a sexy, smart Major on New Year's Eve rattled her resolve.
Hunted by assassins, Eden had forgotten how to trust. Wary, ever on the alert, the stunning woman, ready to kill or be killed, knew what she wanted. Would she dare break her own rules for Major Tom Davis?
Barreling through her defenses, Major Davis insisted on playing his own game. A man used to giving orders, not taking them, he refused to accept her terms. Would Eden put herself in the hands of those who wanted her dead, for love? Or would she kiss happiness goodbye and disappear back into her precarious life of running and hiding?

This title is due for release on July 25, 2016
We'll send you an email as soon as it is available!