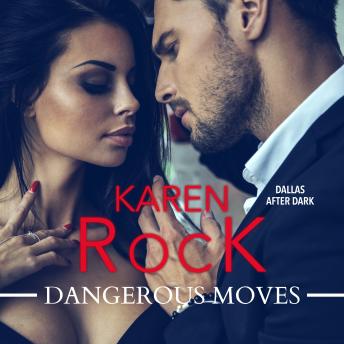 Pounding music. Sculpted men. And a conspiracy that could cost far more than a few dollar bills . . .

Detective Blake Knight has been undercover before. But an assignment to bust a steroid ring running out of Dallas's elite male strip club means his new cover will be nothing but his own taut muscles and oiled skin. It's one thing for the tough, by-the-books agent to take down bad guys with his gun. Facing a rowdy crowd in only a G-string is another story . . . especially in front of his new boss, gorgeous, mysterious Reese Landon.

Her father's club and shady business practices bring back terrible memories for Reese. But when he's shot and goes into a coma, she vows to protect him the way he never did for her. That means keeping the police at a distance especially sexy, driven Detective Knight. If she has to give him a cover job, it would be a crime not to put that glorious ass on stage. But no matter how good he looks in a Velcro uniform, she can't trust him, or give into the undeniable heat between them. They're both chasing the truth. And it might expose more than either wants to show . . .