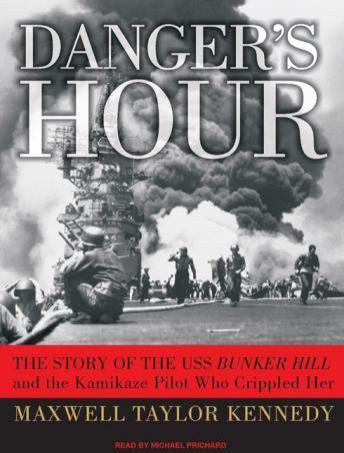 Danger's Hour: The Story of the USS Bunker Hill and the Kamikaze Pilot Who Crippled Her

Based on extensive interviews with Japanese and American survivors, letters, diaries, and other primary sources, Danger's Hour explores the May 11, 1945, attack on the USS Bunker Hill, one of the deadliest kamikaze attacks of World War II. The book details the story of the ship herself (a technological marvel), her crew, and her kamikaze adversaries. Maxwell Taylor Kennedy shows how crucial this battle was to victory in the Pacific, even though it was overshadowed by the almost simultaneous surrender of the Nazis in Europe. With this extensive research, Kennedy tells the human story on both sides of the battle.

Danger's Hour: The Story of the USS Bunker Hill and the Kamikaze Pilot Who Crippled Her