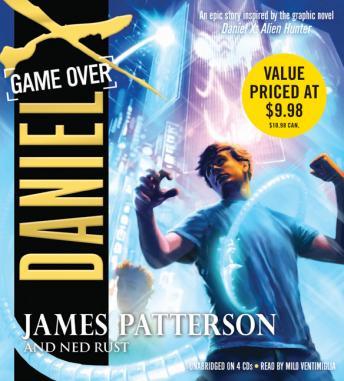 When Daniel X discovers that a duo of evil extraterrestrials is plotting to control kids around the world through videogames, he's determined to take them both out of commission. This pair of wicked game masters wants to destroy the human race by turning brainwashed videogamers into an unstoppable army of doom! They're also running an endangered species hunting club on the side, and their next target is none other than Daniel. He'll have no choice but to turn to the aliens' rebellious son who needs help to stand up to his malicious parents. But can Daniel trust the progeny of this treacherous twosome? Or will it be 'Game Over' for the alien hunter?